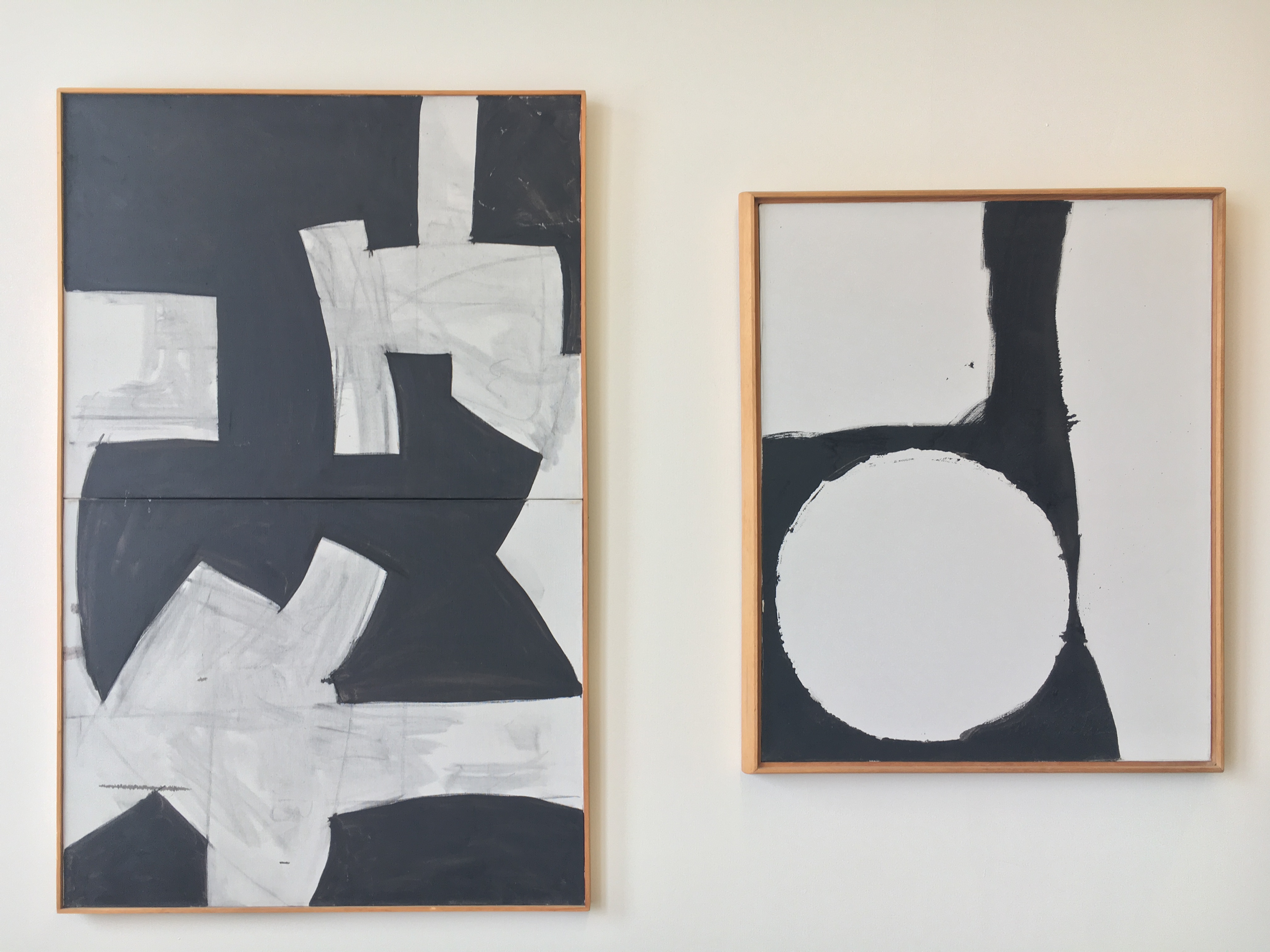 acrylic on a two part canvas

Tony Smith studied painting at the Art Students League, New York (1934–36) and attended the New Bauhaus, Chicago (1937–38), before apprenticing with Frank Lloyd Wright (1938–39). For the following two decades, he worked professionally as an architect and held teaching positions at numerous institutions.  He was a Bennington College Visual Arts faculty member, 1958-61 and member of the faculty library committee.  In the early 1960s, Smith turned his focus to sculpture, with his architectural background informing one of his most radical innovations—having his work industrially fabricated. Widely recognized for his large-scale, modular works produced throughout the 1960s and 1970s, Smith was included in the seminal group exhibition Primary Structures at the Jewish Museum, New York, in 1966. There have been retrospectives of his work at The Museum of Modern Art, New York (1998); Institut Valencià d’Art Modern (2002); and Menil Collection, Houston (2010).

Smith in the Archive