Insomnia and the Aunt

His work has appeared in numerous journals including Conjunctions, Artforum, Criticism, boundary2, Cabinet, the New York Times Book Review, Art in America, and Purple. His video, theatrical, and LCD work have been shown at Artists Space, the Marianne Boesky Gallery, the Yale Art Museum, Sophienholm Museum (Copenhagen), Ontological Hysterical Theatre, as part of the Whitney Museum of American Art’s Soundcheck Series, and as a solo show at Treize Gallery in Paris.

Lin is the recipient of a 2012 Foundation for Contemporary Arts Grant for Poetry, a Getty Distinguished Scholar Grant for 2004-2005 and a Warhol Foundation/Creative Capital Arts Writing Grant to complete a book-length study of the writings of Andy Warhol. 7 Controlled Vocabularies and Obituary 2004. The Joy of Cooking received the Association for American Studies Award for Poetry/Literature in 2010.

Lin earned a PhD from Columbia University. He has taught at the University of Virginia and Cal Arts, and he currently teaches creative writing at New Jersey City University.

"My principal aim in the past fifteen years has been to produce an “ambient" literature; really a mode of literature rather than a recognizable genre that would be permeable and could disable the rigid categorization of work into such categories as poetry, fiction, and literary criticism/poetics. This project is grounded in relaxing certain parameters and engaging a set of (generic) practices that I see functioning in the culture at large, but that are not normally regarded as productive for the making of serious literature or literary criticism. Those practices center around but are not confined to sampling, communal production and social networks. They link to issues as diverse as relaxed copyright, boredom, plagiarism, and the commodification of attention. Working against avant-garde notions of difficulty, the work takes its cue from various popular cultural forms, including yoga, disco, the decorative arts, television, twentieth-century sound poetry, and electronica." 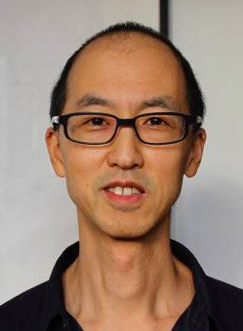