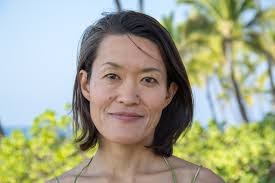 Inquiry and discovery are the themes that tie together the experiences of Chisa Hidaka, MD, Lecturer and instructor of the course Applied Anatomy of Human Movement since 2007. Dr. Hidaka created the curriculum for this experiential course combining her experience as a dancer/choreographer and free diver, her training in orthopedic surgery and perspective as a research scientist in musculoskeletal tissue repair and regeneration. She has also taught anatomy at Manhattanville College and the Feldenkrais Institute.

A graduate of the Barnard Dance Program (1986) Dr. Hidaka performed with several independent choreographers including Mark Dendy, Doug Elkins, Marta Renzi and Bill Young, among others in the 1980s winning critical acclaim for her charismatic performances. The NY Times has described her as dancing, ‘engagingly, as if consumed by the dance.’ An avid improviser for over 20 years, she continues to be active in the NYC contact improvisation community. 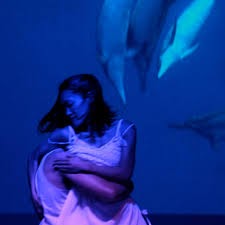 Dr. Hidaka received her MD from the Weill Medical College of Cornell University (1994) and trained at the Hospital for Special Surgery in orthopedic surgery. She joined the research faculty there in 2001 and previously headed a research group in the Tissue Engineering, Repair and Regeneration Program where she received over $1M in grants from the National Institutes of Health, the Arthritis Foundation and other foundations and published over 30 peer-reviewed original research papers and review articles. Currently, she coordinates education programs and other initiatives for their Healthcare Research Institute.

In 2009, Dr. Hidaka initiated the Dolphin Dance Project (www.dolphin-dance.org). With partner Benjamin Harley, she brings together wild dolphins and trained human dancers for collaborative inter-species underwater dance making in the open ocean. Her award winning first film, “Together: Dancing with Spinner Dolphins” (2010) has screened at festivals worldwide. In 2014 she  was the recipient of a grant from the Lower Manhattan Cultural Council to produce “So Close 3D: Dance with Wild Dolphins” a one hour program of live dance, 2D and 3D films of the human-dolphin dance. The most recent film “Dolphin Dreams” (2016), was shot by multi-Emmy Award winning cinematographer Howard Hall, with an original score by Grammy Award winning cellist and composer David Darling, with support from a NYSCA Composer Commission. It won Silver at the Our World Underwater Video and Photography Competition in February 2016. The project has also produced dozens of online videos and offered educational lectures at Harvard University, Smith College, Bennington College and elsewhere.

What do we learn about wild dolphins when we engage with them as fellow improvisers in an underwater dance? And what might the dolphins learn about us? Co-directors Chisa Hidaka, MD and Benjamin Harley will discuss the approach they are developing through the Dolphin Dance Project, including underwater dance techniques and structures for movement improvisation used to join in a non-verbal communication with wild Atlantic Spotted and Pacific Spinner Dolphins. Unedited clips as well as edited dance films will be screened, highlighting the profoundly intimate relationships that are possible when humans and dolphins exchange feelings and ideas about ourselves, each other and the ocean around us by engaging in underwater movement improvisations.