Location - Barn, Office of the President 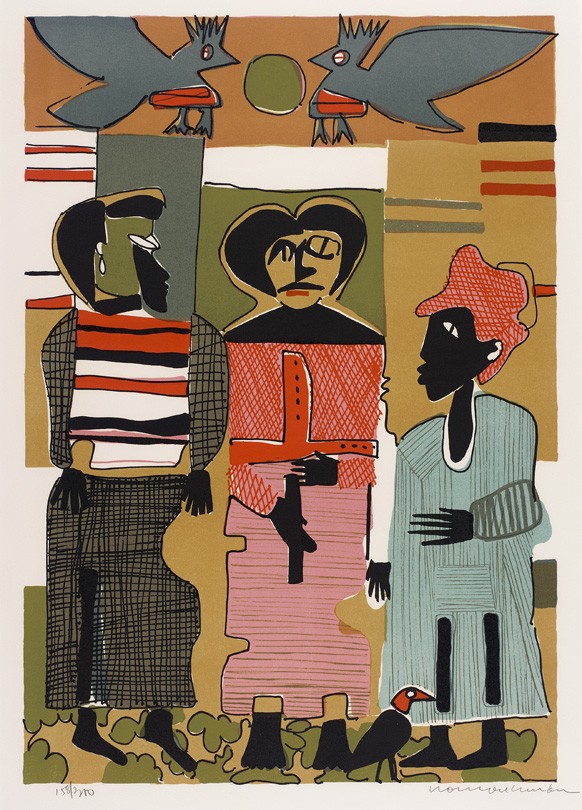 Location - (In storage since Barn fire) 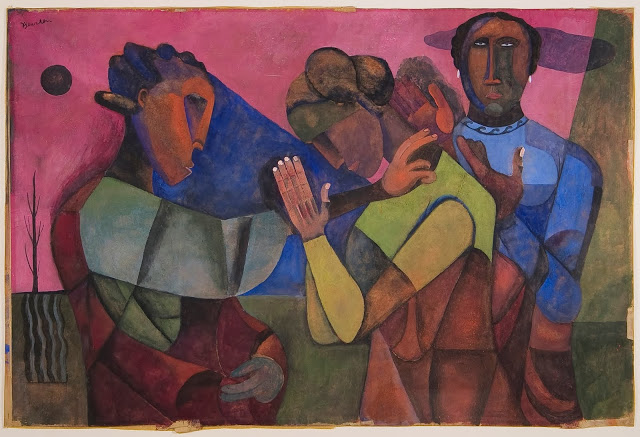 Romare Howard Bearden's life and art are marked by exceptional talent, encompassing a broad range of intellectual and scholarly interests, including music, performing arts, history, literature and world art. Bearden was also a celebrated humanist, as demonstrated by his lifelong support of young, emerging artists.

His success as an artist was recognized with his first solo exhibition in Harlem in 1940 and his first solo show in Washington, DC, in 1944. His collages, watercolors, oils, photomontages and prints are imbued with visual metaphors from his past in Mecklenburg County, North Carolina, Pittsburgh and Harlem and from a variety of historical, literary and musical sources.

Bearden was one of the founding members of the Black Academy of Arts and Letters in 1970 and was elected to the National Institute of Arts and Letters in 1972. Bearden's work is included in many important public collections including the Metropolitan Museum of Art, the Whitney Museum of American Art, the Philadelphia Museum of Art, the Museum of Fine Arts, Boston and The Studio Museum in Harlem, among others. He has had retrospectives at the Mint Museum of Art (1980), the Detroit Institute of the Arts (1986), as well as numerous posthumous retrospectives, including The Studio Museum in Harlem (1991) and the National Gallery of Art, Washington, DC (2003).

Honorary doctorates were given by Pratt Institute, Carnegie Mellon University, Davidson College and Atlanta University, to name but a few. He received the Mayor's Award of Honor for Art and Culture in New York City in 1984 and the National Medal of Arts in 1987.

Text from The Romare Bearden Foundation. 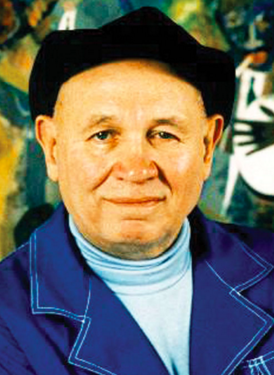