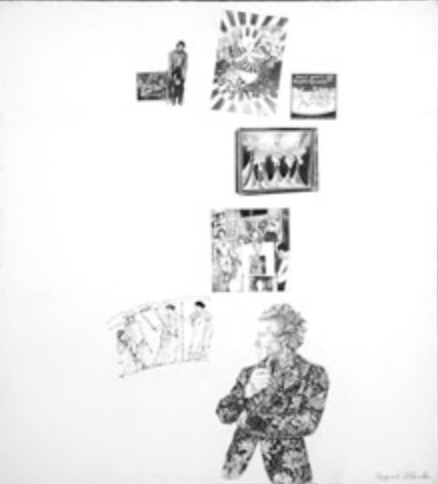 Black was born on January 6, 1949, in Aruba, a small island colony of the Netherlands located in the Southern Caribbean.  He moved to the United States in 1966 at the age of 17, living with his older sister Linda Hodge, who was like a mother to him.  He was a voracious reader and, besides English, read and spoke Dutch, French and Spanish.  He first started drawing as a child, displaying an innate proficiency as a draftsman.  He attended Columbia University, but dropped out in 1971, his senior year, immersed in the counterculture of the day.  He was especially attracted to the rock & roll scene, particularly the music of Jimi Hendrix, whom he had seen perform at small clubs in New York City before he became famous.  Black designed posters for reviews published in Crawdaddy, an early magazine devoted to rock music.  These designs were in black and white, linear and precise, a technique he would carry to sixteen highly intricate drawings on panel that he would execute over the course of the next thirty years.  The imagery was drawn from Symbolist and Surrealist sources, both the poetry and the art, combined with posters and personalities from the psychedelic era.  Also recorded in these works was his interest in ancient and modern mythology, tracing African roots in the Americas, and exploring various aspects of African American culture.

These works were shown in an exhibition called “Insider Art” at Francis M. Naumann Fine Art in 2013, where the gallery offered visitors a magnifying glass to examine the intricacy and complexity of each drawing.  Holland Cotter of The New York Times remarked that the work “stays in the mind long after you’ve left the gallery.”  In a follow-up article for the Times, Jim Dwyer visited the artist in his small one-room apartment in the Clinton Hills section of Brooklyn and described him as living like “a hermit,” where, “for more than three decades, Mr. Black, 64, has made a portal to the world in dense, miniature renderings of ancient myth and modern figures.” 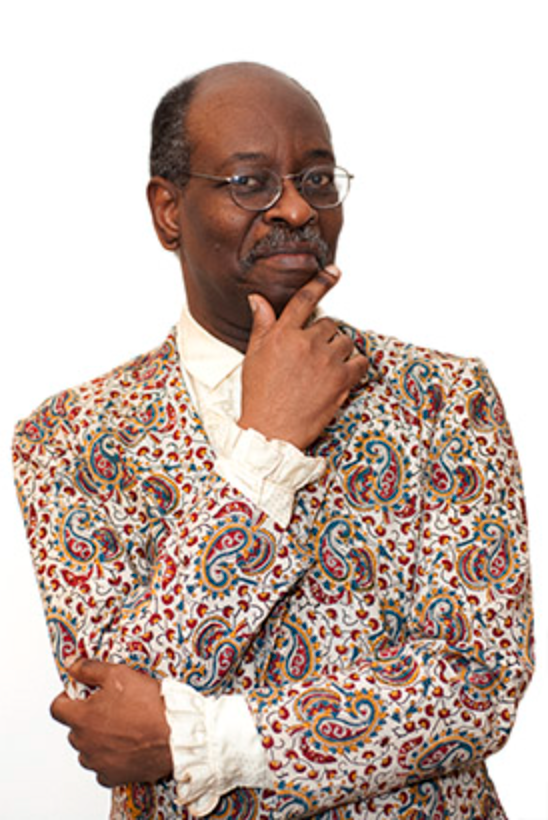